In fact, though, this is commonly not what water damage will look like. More often, you’ll find that water damage takes the form of a more gradual deterioration caused by a leak or some kind of standing water. This is the kind of damage that leads to your home deteriorating without you even realizing it. It might cause sanitization issues, it’s not very energy efficient and it can lead to mold, structural issues, and all manner of other problems and other causes of water damage.

So what are these common, often undetected, causes of water damage and mold? Read on and we will look at the biggest culprits.

A flat roof, in theory, should be just as ‘good’ as a sloped roof but when things start going wrong, it can create a host of new problems that others just don’t.

Normally, in order to work properly, a flat roof should have a slight gradient to it. In other words, despite the name, flat roofs are not normally actually flat. A flat roof then is very slightly convex and that’s how it is able to gradually cause water to run off of it and into your gutters.

The problem though is that this slight slope can sometimes be undermined by various issues or it can deteriorate and slightly give way to creating a genuinely flat or even concave-shaped roof.

One way this can happen for example is if leaves, branches, and debris should build up on your roof. This can create enough weight in order to apply pressure to the weakest point of the flat roof, thus causing it to collapse inward slightly. Thus, all water will now pool on the top of the roof instead of running off of it.

Another issue is that cold weather can create what is known as ‘ice dams’. Here, you have a normal puddle on your roof that usually would run off of it like any other water. The problem is that the edges of the puddle then freeze due to the cold weather and this actually is enough to trap the water in place. The ice literally forms a dam because water will generally freeze at the edges first.

In either scenario, you now have standing water on your roof which can be one of the causes of water damage and mold to form on the ceiling and the roof itself and which can cause a crack and a leak in your ceiling. Over time this damage can become more and more extensive, leading you to need water damage restoration. The better solution? Get regular maintenance for your flat roof so that it doesn’t get to this point, to begin with. 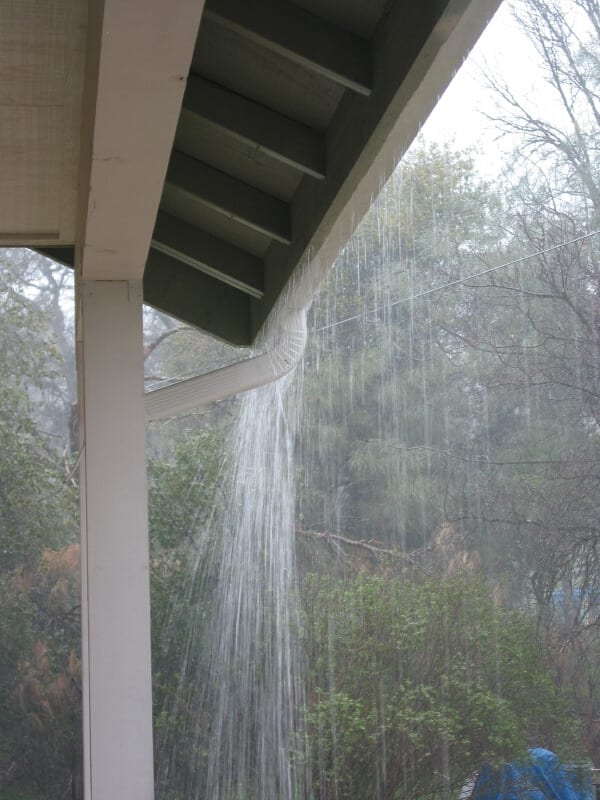 Another common culprit when it comes to the causes of water damage is the gutter system. Normally, your gutters have the job of directing water away from your roof and away from your building more generally as it runs off the edges. This will work fine though until the gutters become blocked with debris such as leaves and branches and thus another dam forms.

Now the water will begin to overflow over the edges of the gutters and thus start running down the side of the house. You can spot this by looking at the paint on your walls – are there dirty water marks from rainwater that’s flooded out of the gutters?

This same problem can also be one of the causes of water damage in other ways. For instance, if there should be a crack or a hole in your gutter, then the water will leak down the side of the building even when there isn’t heavy rain.

Again, either scenario means that your walls are now going to be perpetually wet which can lead them to deteriorate and which can be one of the causes of water damage to spread. Worse though, the water might start building up around the base of your home where it can lead to more severe water damage such as basement leaks or mold. 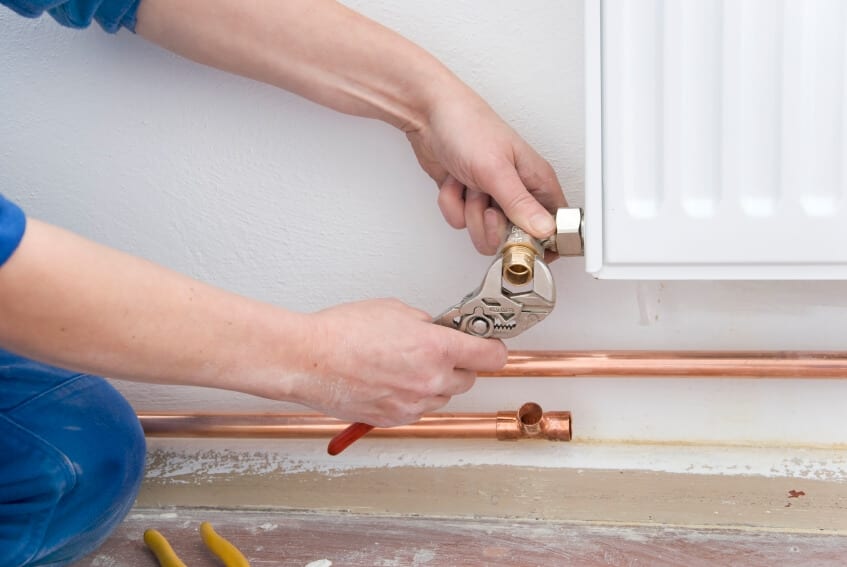 If you have a leaking pipe then this can often lead to destructive water damage in your home without your even being aware. The problem here is that the water can leak in a loft or under your floorboards and might just be a very subtle dripping. Thus, it never gets extensive enough for you to notice, but you have constant dampness, leading to water damage and black mold.

What causes leaking pipes? There are actually a number of things. For instance, if your water is at the wrong level of acidity, then this doesn’t allow for the formation of a film on the inside of copper pipes. Ultimately this causes them to become dissolved. When it’s very cold, this can also sometimes cause problems with pipes as they may be prone to freezing over (in fact any sudden temperature change can be a problem). Sometimes it can be as simple as rust setting in or a valve or tap not being properly turned off.

How do you know if you have leaking pipes if you can’t see the water damage? One sign might be from your taps – if your water is discolored (brown or yellowish), or if the water pressure seems low, then this might point to a leak.

There are much more causes of water damage over time and if you’re unsure, then it’s always better to be safe rather than sorry – so get your home checked out! A water damage restoration company will not only be able to help restore your home but will also specialize in tracking down the source of the problem, to begin with.

Get a Free Estimate

The Risks of Not Having Prompt Mold Remediation Services

Ways to Prepare Your Roof For Cold Weather